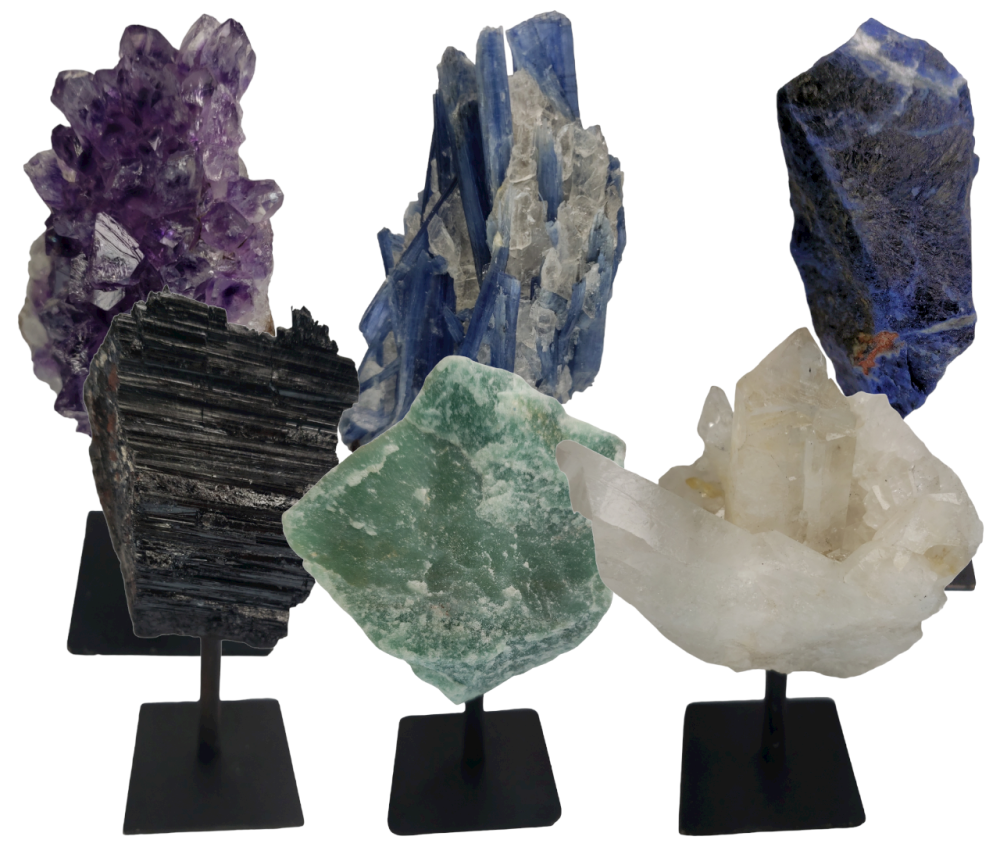 Rock crystal from the “Rockshop” fistsize series on black stand.

15 Pins from the “Rockshop” fistsize series on black stand.

In addition to the small pieces, we now also have the 6 most popular stones on pin in a larger version! Packed per 3 pieces and available in Amethyst, Black Tourmaline, Sodalite, Kyanite, Rock Crystal and Green Aventurine. Combination of 15 assorted Pins supplied. It is therefore a surprise what you get, Supplied with a nice discount compared to the single sale.
Log in
Availability: In stock
SKU
11948
Add to Compare
15 Pins from the “Rockshop” fistsize series on black stand. is available to buy in increments of 15
Details
Gemstones are rare stones, which are usually processed and processed in jewelry and decorative objects. Gemstones have the following characteristics: Beauty. This includes visual aspects such as color, shine, fire, transparency and lighting effects. Sustainability. This involves looking at hardness, fragility/cleavage and chemical resistance. Rarity. This looks at how often a product occurs in nature. Gemstones can be cut in many different shapes. The basic distinction is made between cabochon, in which the gemstone is cut in a convex shape, and faceted, in which the surface of the gemstone is cut in different facets. When sharpening, one looks at various properties of the stone, including the color, color distribution, inclusions, special light effects, dispersion and fracture and wear surfaces. For example, they are processed into necklaces, earrings, bracelets and many other jewelry, but the gemstones are also used in industry for processing. Well-known gemstones include diamond, ruby, emerald, sapphire, aquamarine, topaz, tourmaline, amethyst, citrine, carnelian, opal, onyx, turquoise, lapis lazuli, and garnet. In the 18th and early 19th century it was fashionable to make jewelry in which someone's name or initials were incorporated. The choice of gemstones was guided by the first letter of the name of the gemstone, and thus the gemstone alphabet was created. Also during the nineteenth century, similar achrostic jewelry was made in which sentiments were expressed in gemstones. Best known is the English 'regard' ring, an engagement ring in which the word 'regard' was formed by the gemstones ruby ​​(ruby), emerald (emerald), garnet (garnet), amethyst, diamond (diamond)
More Information
Product videos