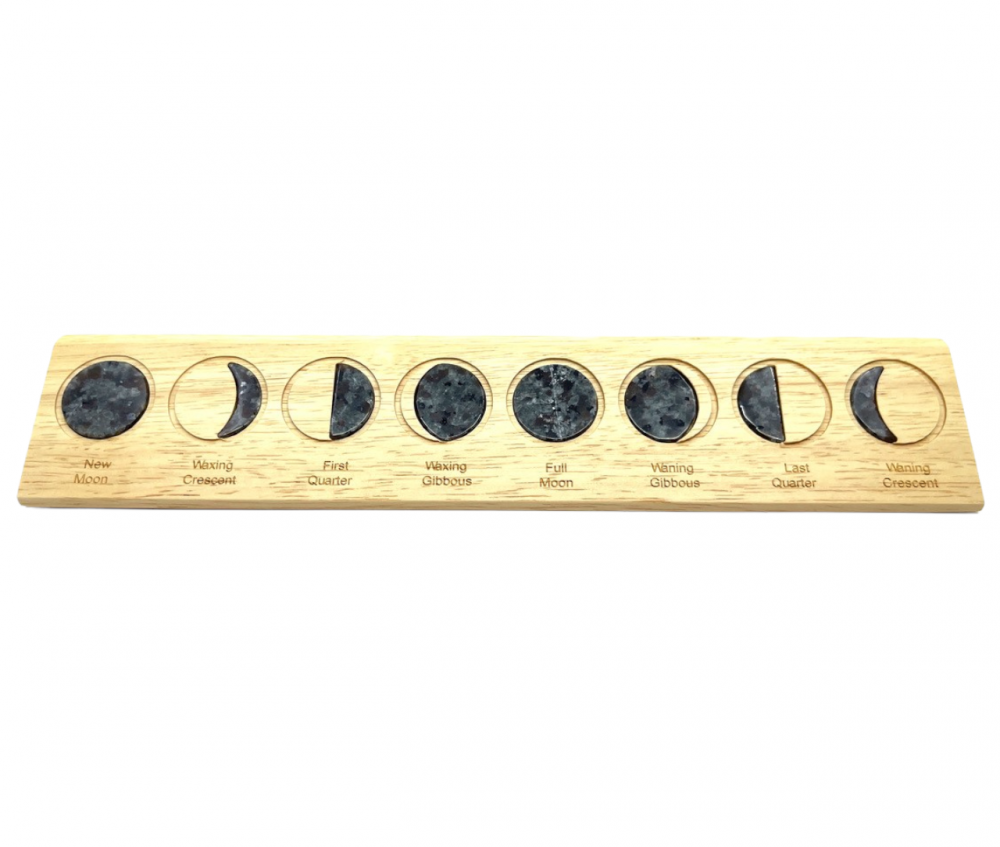 Very beautiful and high-quality finish, the moon phases on wooden board.
Log in
Availability: In stock
SKU
11526
Add to Compare
Details
What are Yooperlites? Recently discovered by Erik Rintamaki, Yooperlite rocks are actually Syenite rocks rich in fluorescent sodalite. In 2017, Erik took a UV lamp on a beach in Lake Superior (Michigan U.S.A.) and discovered dozens of these glowing rocks. To the naked eye, they look like gray rocks, but under the UV light, the mineral composite makes the rocks glow. From humble beginnings, Yooperlites® also known as Druid Stone have now become an internet and news phenomenon and have been featured on TV and news sites around the world. Erik wants people of all ages to learn about Yooperlites and other Yooperlite rocks are actually Syenitic rocks rich in fluorescent Sodalite. Syenite is very similar to granite. The rock shows the same colors and also in grain size and structure they do not differ from each other. Syenite is a medium to coarse-grained magmatic deep rock containing little or no quartz. It consists of Kali feldspar: Plagioclase. Sodalite belongs to the Feldspar substitutes, which makes it extremely special that the Soldalite is in the Syenite. Yooperlite is the trade name, some also call it Glowing Stone. They are a sodalite-rich seynite, the soldalite in its current form is also responsible for the "glow". We also like to call the stone Shamen or Druid Setin, because we have customers who work with it very, very successfully in a shamanistic way... it is precisely the connection with the earth and the mysterious gaze that you can enter throwing it drives people crazy ;)
More Information
Product videos