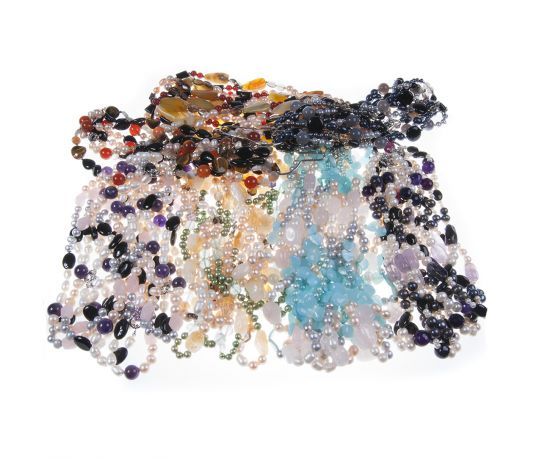 Every year we introduce during the great autumm fair a dozen self-designed necklaces, this year we presented 10 pearl chokers with combination gemstones. In four days sold more than 600 pieces. So we may speak about a great success.
Log in
Availability: In stock
SKU
1416
Add to Compare
Pearl chokers collection. is available to buy in increments of 1
Details