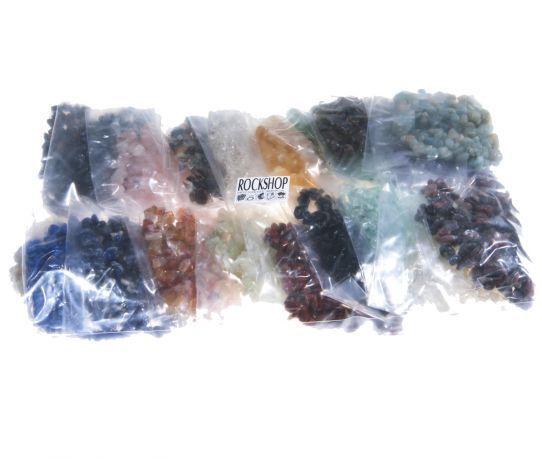 (20 species each 5 pieces) No thin split from India, but more beautiful thick split from China among others Lapis, Quartz, Rose Quartz, Amethyst eva
Log in
Availability: In stock
SKU
144
Add to Compare
Bestseller package with 100 Split Gemstone Bracelets is available to buy in increments of 100
Details

Gemstone Split is real gem in small rough pieces which are individually equipped with a small drill hole. Gemstone Split is very much in vogue in necklaces, bracelets, gemstone trees etc. etc.