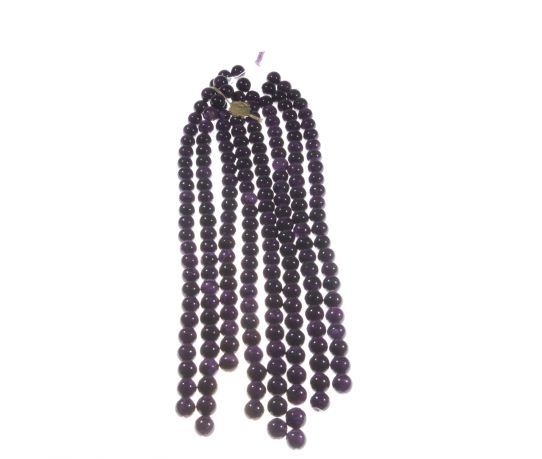 and 10 mm beads in triple AAA Quality The most beautiful amethysts from Artigas / Uruguay are the basis of this prachitge Amethystchocker.
Log in
Availability: In stock
SKU
505
Add to Compare
Amethyst necklaces (beads) in 40 cm is available to buy in increments of 1
Details