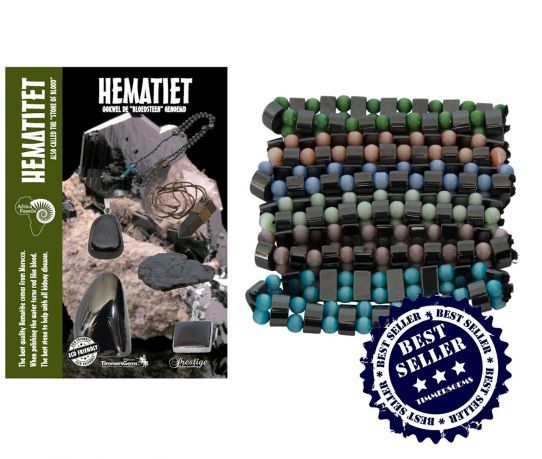 East-West bracelet with Buddha and all seeing evil eye.

Baby Amber bracelet in luxury pouch, made in Poland

At the request of many, we made an always fits bracelet with Hematite and pearl beads. The original design comes from 2004 and we have been specialy for 2016 started the production again.
Log in
Availability: In stock
SKU
5186
Add to Compare
Hematite Bracelet with Cat eye (6 colors are assorted delivered) is available to buy in increments of 12
Details

Tiger eye is a quartz variety. The color of the stone is yellowish brown to brown, streaked and opaque. Repositories include Africa, India, Mexico, California and Australia. Tiger Eye is caused by silicification of black blue crocidolite asbestos fibers that are called. This produces solid inclusion of hair-like crystals in the quartz. By the oxidation of the original crocidolite fibers rise to the gold shiny limonite fibers of the stone. Tiger Eye is so called because the stone has a light reflection reminiscent of the eye of a tiger. This slit-shaped light hot chatoyeren or kattenoogeffect. When the stone cabochon (BOL) is cut, the beautiful kattenoogeffect is most visible. The color of the stone gives it its name: the red species called Catseye, the Hawkeye blue and yellow Tigereye (golden yellow, golden brown)