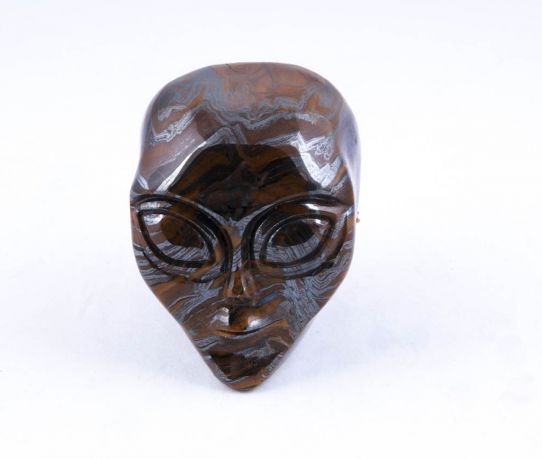 Unique stone (Goldsworthy Australia) we had some in stock and used for this aliens The mine of this material has been closed since 1988.
Log in
Availability: In stock
SKU
49
Add to Compare
Tigereye with Hematite aliens in a unique stone. is available to buy in increments of 800
Details

In fiction:
• In the movie Indiana Jones and the Kingdom of the Crystal Skull from 2008 all the above legends are combined.
• The hidden crystal, a book by Manda Scott, is about the crystal skulls and the 2012 phenomenon of the Maya.
• In the 21st episode of season 3 of the science fiction series Stargate SG-1 2000 (Crystal Skull) Daniel Jackson disappears when he looks into a crystal skull.
• The Assassin's Creed series refers to the skulls, where the ancient artifacts with mysterious powers.