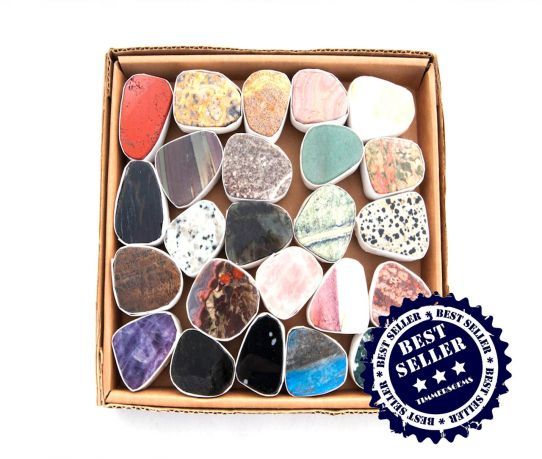 CHEAPER NOWHERE IN EUROPE! Our most popular minerals - assortment box of 2018 and 2019! With all of one side polished gems.
Log in
Availability: In stock
SKU
95
Add to Compare
24 one side polished stones (approx. 50x40 mm) is available to buy in increments of 24
Details

Hematite necklace with various gemstones and silver balls
Log in