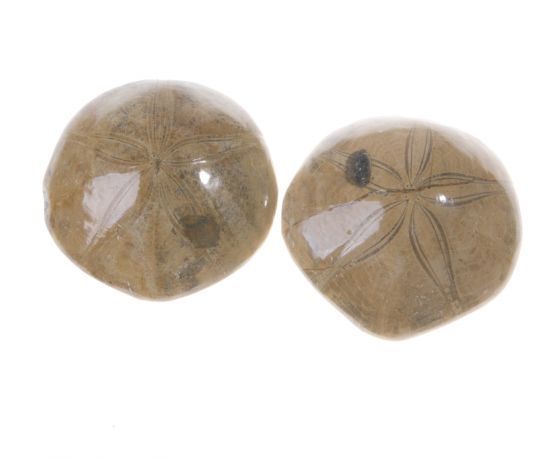 Beautiful polished sea urchins which the drawing of the sea urchin is clearly to see.
Log in
Availability: In stock
SKU
764
Add to Compare
Polished fossil sea urchins come from Madagascar Mepygurus depressus is available to buy in increments of 1
Details
Sea urchins and zeeappels (sea potato, heart urchin) are prickly, aquatic invertebrates. They are the class of the Echinoidea belonging to the phylum of the Echinodermata (echinoderms). Sea urchins are usually more or less globular, heart-shaped or disc-shaped and have a lower terminal mouth. They have a hard shell that is usually covered with spines. The curtain is made up of small plates in which there are lumps which the spines are movably attached by means of a ball joint. The spines serve many types of locomotion. Some species dig in with the aid of the spines. The spines also have a protective function. Some species can even emit poison. Between the spines are short-stalked variety pedicellariae. These also serve for the defense and for the cleaning of the skin. See also: sand dollars. Mouth (bottom) to the anus (in the back, at the top = aboraal) are located at regular sea urchins (Regularia as Psammechinus, Echinus) placed 10 pairs of rows of tube feet. The plates making this suction feet come out called ambulacrale plates. The other plates are adambulacrale plates. All Regularia possess an integrated chewing apparatus, the Aristotle's lantern. When the irregular sea urchins (Irregularia, such as Echinocyamus, Echinocardium), the suction feet are located on the upper side of the shell, where they form a flower or star-shaped figure. In this group, the anus is located on the side of the mouth and at the bottom. They also do not Aristotle's lantern. The sea urchins live mostly of plant foods or detritus. Some species do take animal food. They bring their food usually with spines and tube feet to the mouth.