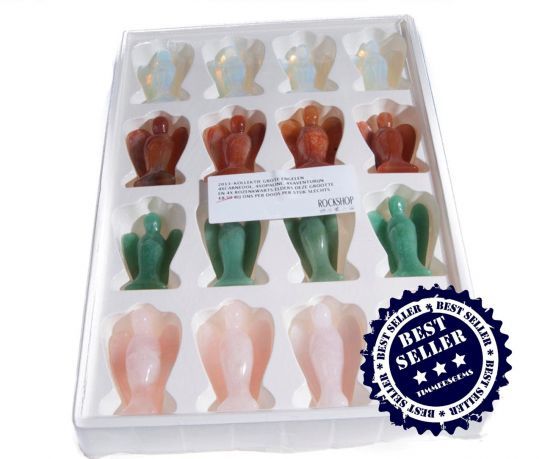 Did you know that we have sold more than 7000x 60 mm angels from 2018 to 2020! This box contains the 2020 collection with ao Opaline-Rose Quartz-Carnelian-Aventurine-Lapis
Log in
Availability: In stock
SKU
433
Add to Compare
Gemstone Angels XXL (60 mm) Nowhere cheaper. is available to buy in increments of 16
Details