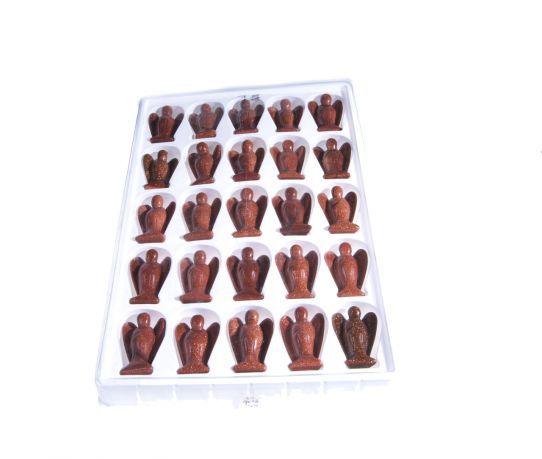 Called Goldstone also called Monks gold, made of pyrite, copper and the rest is the secret of the great Benedictines monastery in northern iItalië, where the production of the material takes place, only 17 people are familiar with the secret.
Log in
Availability: In stock
SKU
436
Add to Compare
50 mm large angel made of real Goldstone is available to buy in increments of 25
Details

Goldstone is a stone that is made by man, this stone is from the 15th century in Italy manufactured by monks. While this stone has not grown in nature, he is believed to very strong healing effects. The Goldstone is a very good stone for the respiration, lungs and chest tightness, even in tightness of the heart. The brains are stimulated causing extra thought, particularly logical thinking and concentration, you'll be better off. The Goldstone is a real stimulator, therefore he is good at fainting, uncontrolled reflexes and for the overall coordination of the body and the mind. Further, the Goldstone well for bones and muscles in that it allows for a good flow from bottom to top.