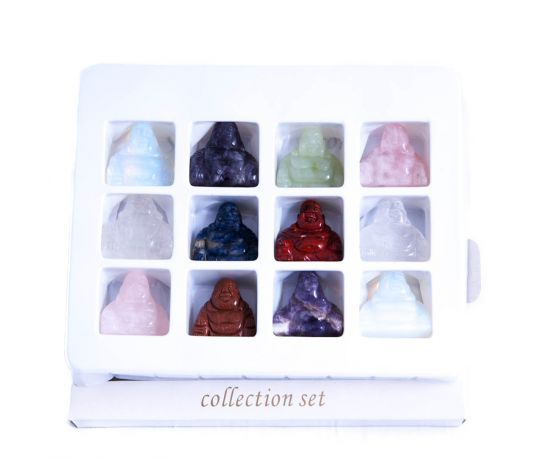 Amethyst crystal groups in a very intensive color purple from Artigas in Uruguay.

Beautifully hand-carved Buddhas in various gemstone varieties!
Log in
Availability: In stock
SKU
6
Add to Compare
Gemstone Buddha set (about 30 mm high) is available to buy in increments of 12
Details

It remains one of the most beautiful gifts a Buddha statue that brings happiness to the gift recipient. These fantastic figures of up to 30 mm per 12 pieces packed in a gift box and rock types include: Lapis Lazuli, Rose quartz, orange calcite, Tiger, Sodalite, Jasper and Quartz and New Jade (serpentine sort)