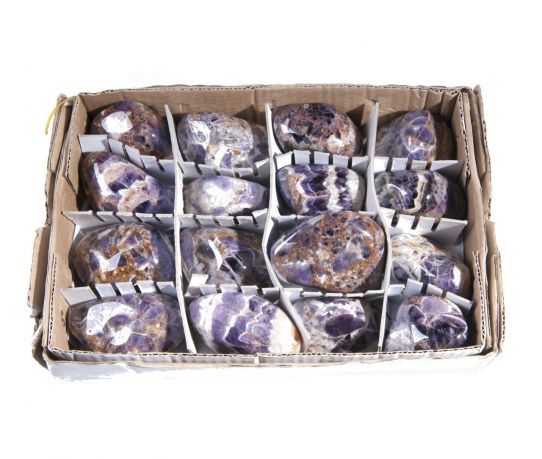 New band Amethyst from Chevron. Unique combination of Amethyst with Rockcrystal.
Log in
Availability: In stock
SKU
998
Add to Compare
Chevron Band amethyst nice quality from South Africa is available to buy in increments of 1
Details

Chevron Amethyst Amethst is a typical type of which is characterized by a banded structure. It seems like the stone purple-and-white striped. The best quality comes from South Africa.