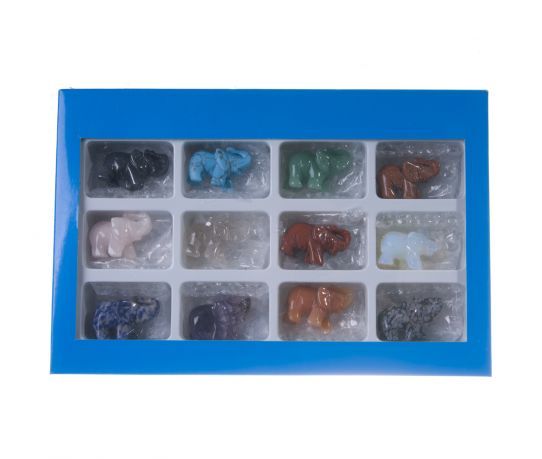 Popular stone figures in various types of stone! Ideal for collectors, but also ideal to make a good profit.
Log in
Availability: In stock
SKU
747
Add to Compare
Box with 12 hand-cut elephants 40-45 mm -40% is available to buy in increments of 12
Details