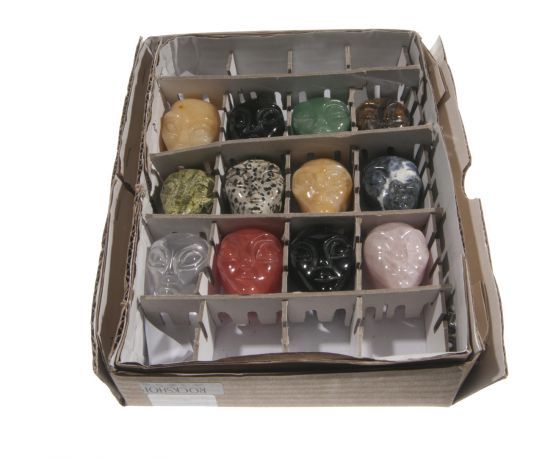 Very popular especially in Belgium because the Belgians, Irish and Canadians may encounter the extraterrestrial human beings, and also assign spiritual power to these skulls.
Log in
Availability: In stock
SKU
138
Add to Compare
Alien assortment box (12 pieces approx. 35-40mm) in various kinds of gemstone is available to buy in increments of 1
Details