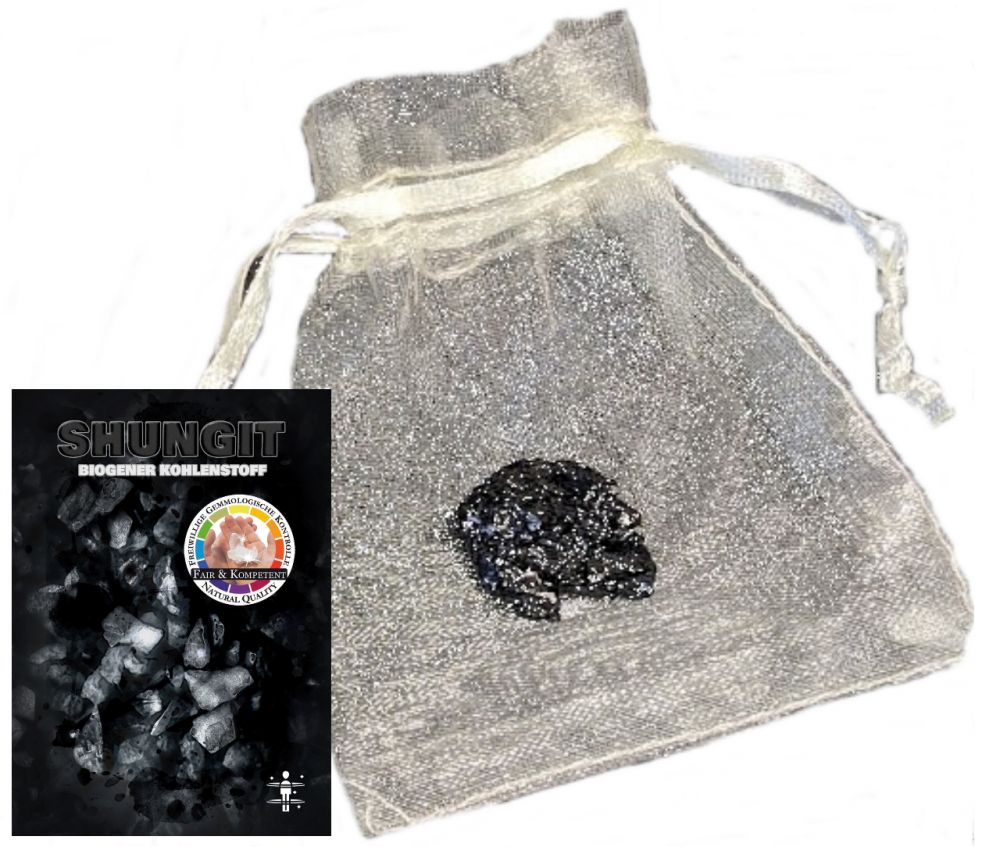 Shungite (Edelshungiet rough piece in Organza bag), from Karelia. Shungite, perhaps one of the most popular types of stone at the moment!
Log in
Availability: In stock
SKU
11204
Add to Compare
Details
Shungite is a mineral that is definitely not suitable for dissolving in water. This can be dangerous due to contaminants. We therefore strongly advise against taking Shungite in any way. Shungite is a black, lustrous, non-crystalline mineraloid composed of greater than 98% by weight of carbon. It was first described from a deposit near Shun'ga village, in Karelia, Russia, where it gets its name. Shungit is known for the fullerenes it contains. Shungite is a rock that has been around for 2 billion years. Still relatively unknown here. It derives its effect from the presence of a special crystal form of carbon. It is a very special stone that especially helps against electromagnetic smog. You can place the stone around your electrical appliances in the house to counteract the radiation. Because the stone is strongly magnetic, it has a strong grounding, cleansing and transforming effect. It is also a protective stone. It also protects you from people who think negatively about you (or exercise black magic). It shields the aura, filling it with white light. The stone is also known as the "Life Stone" because of its antibacterial properties. You can also make a powerful elixir from this stone. The stone purifies water and animates the water with healing vibrations.
More Information
Product videos
Downloads

Hand-cut sculptures from Madagascar packed per 20 kilos.
Log in

Hand-cut "Jumbo" stones from Madagascar packed per 10 kilos.
Log in