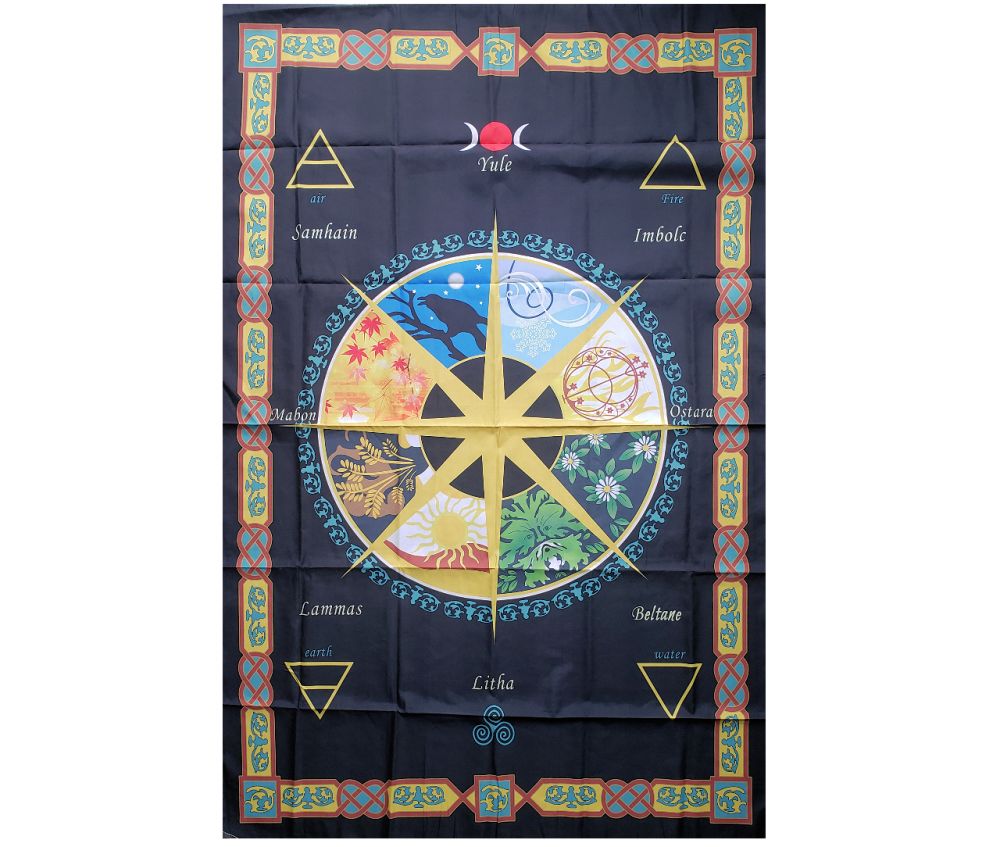 Cloth for decoration with all Chakra symbols. 140x80 cm.

Beautiful cloths of thin fabric that are extremely suitable for decoration or to decorate a home altar, for example. The images on the canvas may differ slightly.
Log in
Availability: In stock
SKU
11453
Add to Compare
Details
Celtic mythology is the mythology of the pre-Christian Celts, who inhabited large parts of Europe (including Gaul). Because it is based on oral tradition, much of it has been lost. Written sources are known from Great Britain, Ireland and Scotland, because the stories were recorded by monks. A number of things are known about Gallic mythology through Roman and Greek sources. More than 400 different Celtic goddesses and gods have been named. Most are local, and were worshiped only in the location they were associated with. The Celtic religion can sometimes also be understood as a nature religion. The mythological stories are often narrative explanations for historical facts or rituals. In Celtic mythology there are creatures such as the sídhe (fairies or elves) and mythical creatures, and persons such as witches, druids. Another characteristic is that in many myths there is no consistent unity of time : characters can easily stay away from home for a few days, while in real life years have passed. Much of Anglo-Celtic mythology is summarized in the Mabinogion. The Ulster Cycle is best known from Irish mythology. Irish mythology is one of the best known, as considerable Old Irish and Middle Irish sources have survived. The gods of the Irish Celts were called the Tuatha Dé Danann: they are said to be the former inhabitants of Ireland. They fought with the Fomóiri, who were depicted as giants who lacked a hand, eye, or foot. The Tuatha Dé Danann were successful and defeated the Fomóiri. Later, when the sons of Míl (from whom the Irish would be descended) came to Ireland, they became the sídhe.
More Information
Product videos