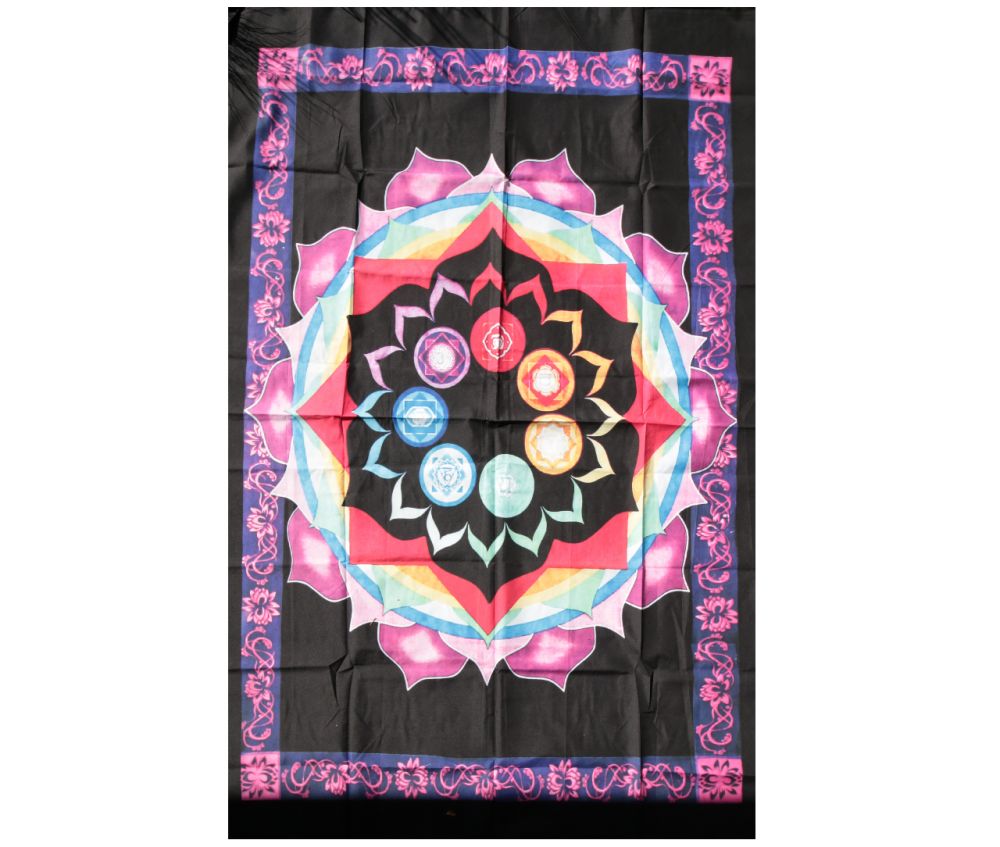 Cloth for decoration with all Chakra symbols. 140x80 cm.

Beautiful cloths of thin fabric that are extremely suitable for decoration or to decorate a home altar, for example. The images on the canvas may differ slightly.
Log in
Availability: In stock
SKU
11452
Add to Compare
Details
Chakra (Pali: chakka, Tibetan: khorlo, Malay: cakera) is a term from traditional Indian culture/religion for places in the supposed etheric double or energy body of man that within that tradition are considered important for their life force. Chakra (Sanskrit cakram) means circle or wheel. Physiological or other medical influences of chakras on the human body have not been scientifically proven, nor the existence of chakras themselves. It is a metaphysical/philosophical concept. There are many interpretations and interpretations of the concept of chakra, depending on tradition and cultural differences. Most traditions employ the following seven chakras, from bottom to top (with a number of claims being made about the individual chakras in New Age and many yoga schools):
More Information
Product videos